SYMBOLS OF POWER AND AUTHORITY 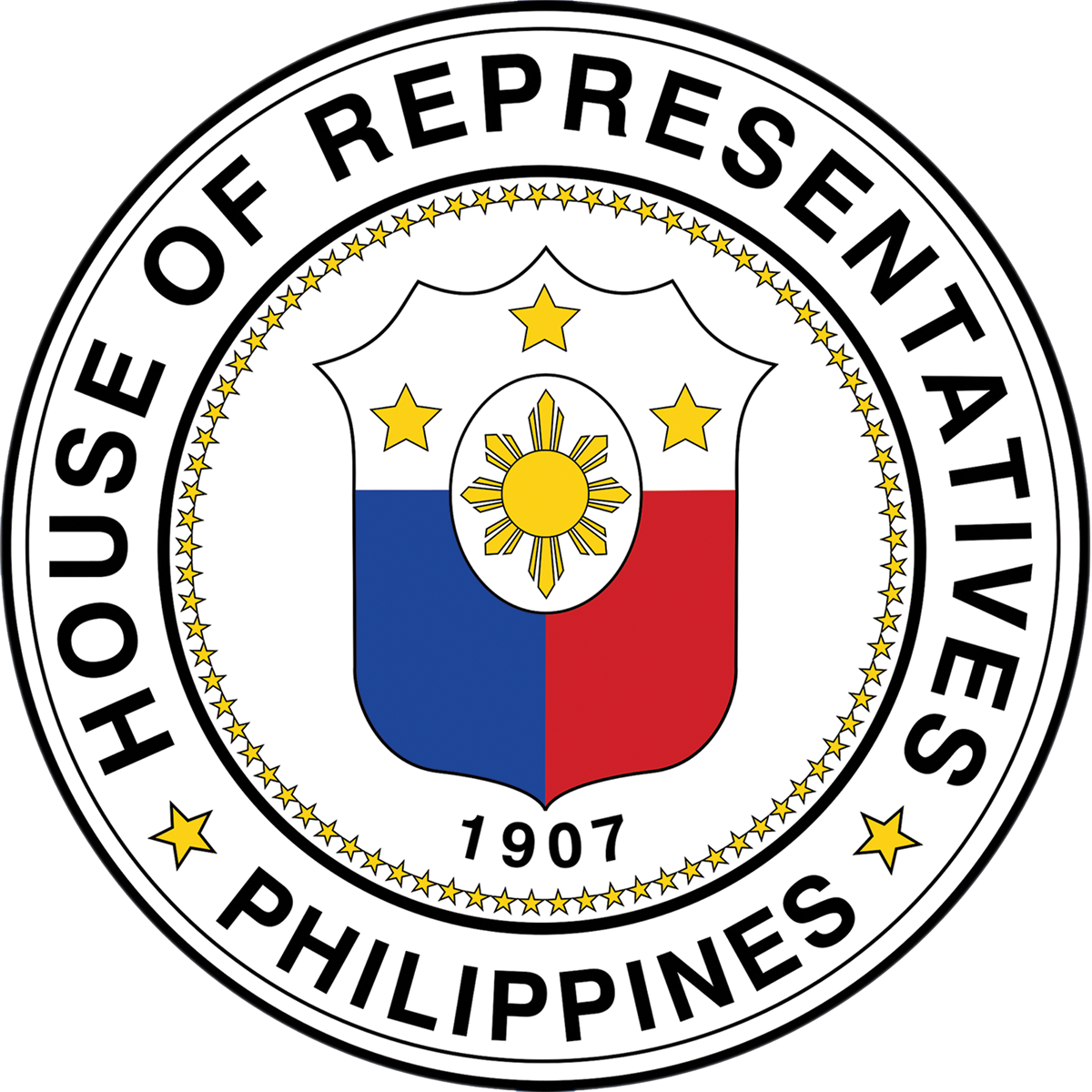 On September 23, 2015, the House of Representatives adopted a new seal through House Resolution No. 233 which is reflective of the character and tradition of the institution.

The Seal is in circular form with the National Coat-of-Arms of the Republic of the Philippines but without the scroll and the inscription in the center.

The year "1907" is incribed below the escutcheon representing the year the First Philippine Assembly was inaugurated. Eighty-one (81) Stars surround and guide the blazon representing the current number of provinces comprising the Republic.

Surrounding the whole is a double marginal circle within which appears the words "House of Representatives" in the upper part, and "Philippines" in the lower part. These phrases are separated by two small five-pointed stars.

The Mace of the House is a symbol of authority, which is displayed at the foot of the Speaker's Rostrum whenever the House is in session. It serves as the warrant for the Sergeant-at-Arms in enforcing order in the House upon instruction of the Speaker.

The Mace is in the custody of the Sergeant-at-Arms.

The Gavel is the symbol of authority of the Speaker during sessions; and, in his absence, by the Speaker Pro Tempore or any member designated to perform the duties of the Presiding Officer.

The Gavel is rapped to declare the regular session open, call the House to order, direct everybody to rise, declare a quorum, suspend session, resume session, approve a motion, approve a bill or resolution on second or third reading, instruct/direct the Secretary-General to take specific actions, direct the Sergeant-at-Arms to impose order/discipline in the Hall, refer bills and resolutions to appropriate committees, refer committee reports to the Committee on Rules, send communications to the Archives, inform the body that voting will be conducted, declare approval of a bill or resolution on second and third reading, and call for attention, silence, order in the House.

More about the Symbols of Power and Authority - House Rule XXIV: The Mace and the Official Seal

RESOLVED BY THE HOUSE OF REPRESENTATIVES, THE SENATE CONCURRING, That the Legislative Calendar for the Second Regular Session of the Eighteenth Congress of the Philippines shall be as follows: